Staying Sane In The Rehearsal

Why has there never been a model suggested for the best rehearsal? In my book ‘Staying Sane In The Music Game’ I cover every aspect of a musicians crazy life. As well as suggesting ways to control your head and create structure in your chaotic life.

So, let’s approach the sometimes chaotic way in which we rehearse. We often don’t appreciate how delicate the dynamic is for rehearsals and how much more productive these times could be if you have a plan for setting up a great atmosphere.

Imagine the scenario…Dave comes in from working in the flower shop for eight hours. He’s had a mental day and is not very good at working at the flower shop, he just does it for money, he doesn’t enjoy it. He arrives and, being the band’s drummer, starts setting up his kit. Everyone else is there and he goes on at everyone about what a rotten day he has had (even though he works in a flower shop; I mean, how bad can it be?!)

Hopefully you are laughing a bit but this scenario is instantly recognisable, isn’t it? Dave is monopolising the conversation and the other members are thinking to themselves, ‘I also feel pretty crap today!’

Nicola, the singer, has been working in a school today and her head is very sore indeed but Dave has been ruling the conversation. Then, in classic drummer style, what does he do as soon as he is setup? Yes! He sits behind the kit and starts banging his drums!

Well, if Jim the bass player wasn’t already seething, he certainly is now – although Jim is a really placid kind of guy and is not going to say a word – but he is angry inside!

Patrick, the guitarist, is now really, really, pissed off, because Pat has been stacking shelves in a supermarket. Pat is a clever guy, with a degree, but he’s doing it because, as it’s shift work, it is a job that gives him flexibility so that he can accept gigs with the band.

Dave is ready to play now and everyone’s rushing to get ready because they want him to stop playing drums. Someone shouts at Dave, ‘Can you stop playing the drums please mate?!’ He replies ‘yes’ and he stops for one or two minutes, only to start tapping on the rims after a few mins – as if that is less annoying! Well, slightly!

Everyone is getting a little bit frustrated and suddenly the only way to stop the noise is to join in and be part of it. So, noise begets noise and everyone starts jamming. There are a few smiles because you remember how much fun it is to play and people are thinking ‘actually this is quite a nice groove’. Either way, at some point we have to interrupt this and make a plan for what we will be playing for the next several hours.

Where do you think all that frustration went? Do you think that entering the rehearsal in this way is the best possible way to start? Considering we’ve been talking about tension and areas of stress and anxiety, what do you think should have happened in that opening 20 minutes of setup time?

Once you have created in a mindful way and you have been meditating, then you may well be taking your best material to the next rehearsal. There may be several writers in the band, maybe there is only one or even two. None of this matters.

What we are going to deal with here, is how to set up a rehearsal in a conscious manner, so that everyone is on a level playing field in terms of their mood and approach to this rehearsal.

Do you think this set up helped towards reaching their full potential and getting all the creative juices flowing? Or rather, there is pent up anxiety and stress, that seems to have dissipated during the jam, but is still making people tense.

You’re probably all pretty good musicians by now, you’ve played a lot and studied a lot so you can get away with it and you think you’re doing okay but, actually, you are not hitting your potential. Let’s look at an alternative model for running a rehearsal…

Everyone is just arriving into the rehearsal room. Everyone has had his or her difficult day. Dave sets up his drums and when he is finished he sits on the floor in front of his drum kit, YES!

How about a Rule 1? Set up and sit away from your instrument! When everyone has finished setting up, they sit on the floor.  Whoever is set up first, gets to pick an object. In the middle of the circle there may be a guitar pick, a drum stick, whatever it is. You are going to perform what is known as a ‘Check In’. Someone takes the object and starts talking about their day. While everyone else, remains quiet and attentive. Give each other around 3 to 5 mins each.

How you feel right now?

(You can Explain Why? To give a bit of context, but the emphasis has to be on how you feel right now)

Concentrate on your feelings because you are about to enter a zone of feelings, of freeing up the conscious mind and unlocking the flow in the subconscious mind.

“Hey guys, I am worried about money, my girlfriend left again a few days ago… I am sad and it is affecting me right now. I am obviously worried about lots of expenses I have and what is going to happen with my living space, so I am quite agitated and upset. That’s where I am at. I would love to chat to you guys more about it in the pub after the session.”

Notice in the example above that the emphasis is on where things are at right now and the reasons are relevant but they are not the emphasis. The suggestion that Chris would really like to chat about this later in more detail is a great invite and if people can, then it will only help bring everyone closer together. After all, Chris has agreed to be open with his feelings and inviting everyone in, which means he values and respects you all, which is a real compliment. The act of all listening to Chris and offering him support, is a massive help to him and will only bring the group closer together. But, in the meantime, there is work of rehearsing to do, and therefore, it is not appropriate to go into Chris’ story right now. But everyone should acknowledge him and if appropriate, arrange another time to speak about his heavy and troubling situation.

For respect and equality, there should be complete silence when anyone is sharing, you can nod of course, you can express agreement in waving hands, but no talking at all, this space is a sacred space for the person who is expressing themselves at that moment.

The biggest reason for this is that people are being witnessed and are heard. When I am witnessed and heard, a lot of the stress goes away because I feel like I am no longer carrying all the stress by myself and I am understood. This is more important than remembering what everyone said. It is most important to empathise with people in the moment.

So you’ve decided on a phrase, you’ve said the phrase at the end of the share and then you go around to the next person (the object is passed to the next person to share). When you’ve all finished sharing just look at each other and appreciate each other. Appreciate where you are all at and take some deep breaths together. As humans you should appreciate where you’re at. You are a family. You are a family structure, but hopefully perhaps, even less dysfunctional than your family! Or, perhaps more dysfunctional – maybe that’s where the magic comes from.

You all have a good idea of how people are feeling now, how their day was and you have brought some empathy and understanding into the room. The next thing to do is to go around the circle again and express your intentions for this rehearsal. Perhaps it is a new song you’ve written that you want to bring to the band, perhaps you’ve got a gig coming up and one of you feels like you need to practise certain songs more than other songs. Pass the object, again no one else talks, everyone listens intently. When you have heard, say the word and move to the next person.

It goes without saying, do not take 20 minutes each, otherwise you will ruin your rehearsal time. Try to be concise!

Each of you might come up with a different opinion of how to use the time. It is very important for everyone that there is no talking when someone expresses what they would like to work on. Allow each person to say the phrases below and acknowledge each answer.

“I would like to work on… today because I think…”

Once you’ve gone around the circle and heard each other, perhaps there were some giggles because one person’s answer was more predictable than another’s – for example, you know that Patrick always wants to work on the endings because he’s got a thing about endings – OK, so laugh about it, enjoy yourself. You then need to discuss everyone’s points. It’s very important that you hear each other out during that discussion. It needs to be a fluid discussion, where there is space and that no one is dominating it. Between you, there should be a consensus that you are managing to make everyone happy and that you are covering most of what people wanted, bearing in mind urgency and necessity.

During that discussion and during the entire rehearsal, remember where your friends have come from that day. Remember what they said in their ‘check-in’. It is very important that you relate to these people on a decent level, on a human level, where you understand and you empathise with your fellow musician, your fellow band mates, your family.

Just before you are about to rehearse, I want you to do a shortened version of the meditation. You can learn this from the Zone Technique chapter in the book. If it’s a bit too intense sitting in a circle you can find a different space in the rehearsal room, no problem. Someone set the timer on their phone for five minutes, then just breathe and allow conscious thought to dissipate, allowing in the space. When the alarm goes off you end up acknowledging each other, smiling with an ‘OK, let’s get on with creating feeling in the room!

I think that is going to make a huge difference to the way you rehearse; the productivity, the feelings of rehearsing, the feeling toward your bandmates and so much more.

Enjoy your rehearsals from now on knowing you are being held within a system that recognises you, your daily struggles and which enables you to feel the love from your fellow bandmates. 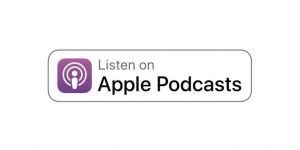